※We are introducing some comments/feedback from clients with their consent to publication. 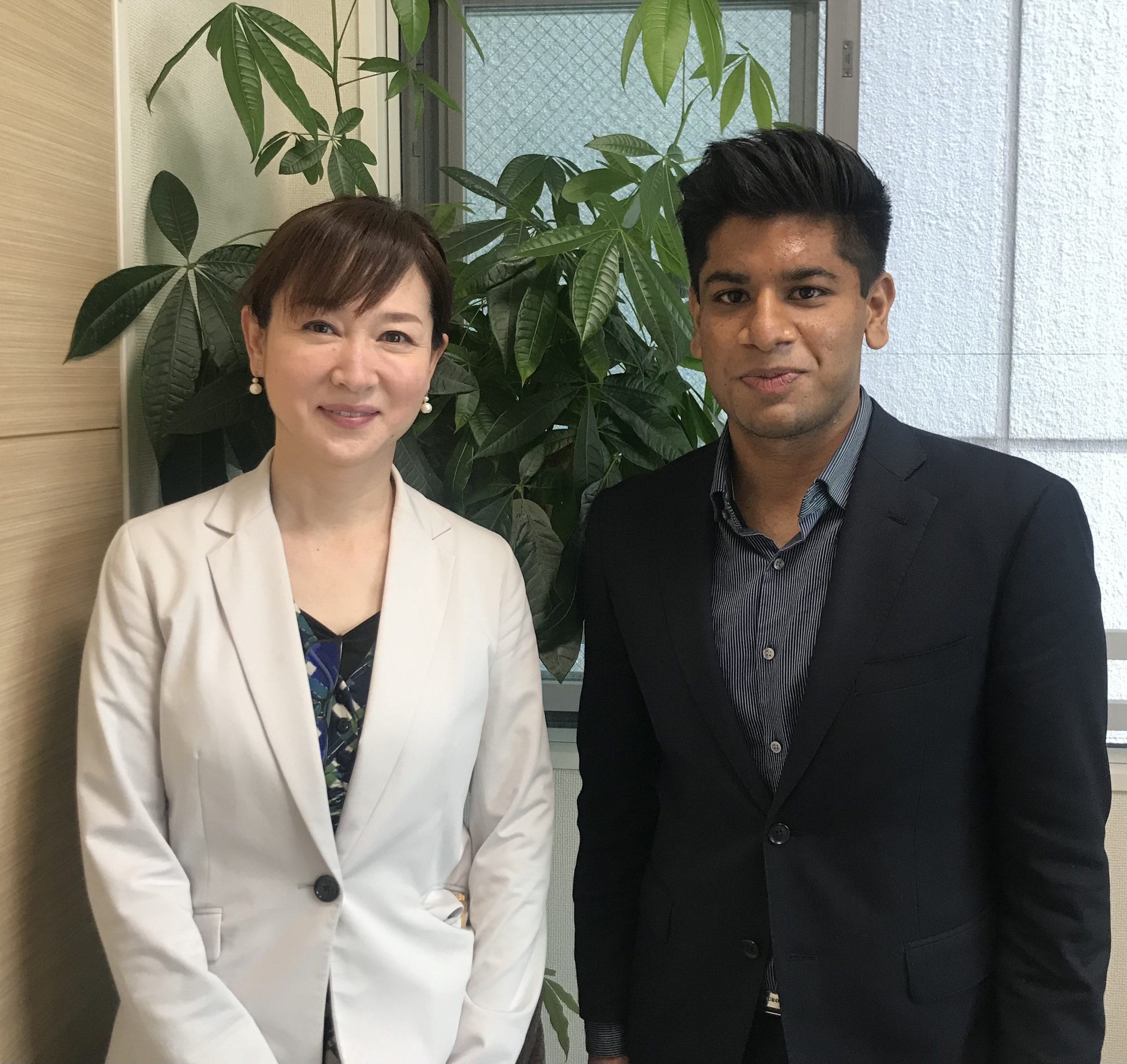 I was looking for a consultant to help me establish a company and process my visa on the Internet.
When I looked at the websites of various firms, I found the website of Ms. Iwasaki’s firm. I wanted to consult with by her various experiences from the past.
When I began to the process of establishing a company, I was a still an employee at the time, so I did not have time to do a lot of research. However, they were willing to tell me what I wanted to know about things after establishment procedures and opening corporate accounts, which helped a lot.
In the future, I would like to expand my import and export business and work as a bridge between Japan and India. 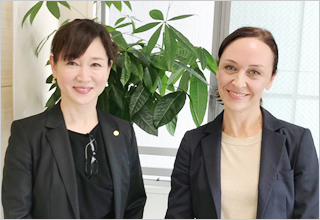 I decided to set up my own company because I wanted to live my own life and make the best out of it for myself and for the society.
I was aware that it is difficult to set up a company and apply for a business manager visa. Even in my own country setting up a company is not an easy task. I felt that I needed the support from an expert. I checked the homepages of various administrative scriveners. Kaisha Setsuritsu Express Website showed detailed information. It was written in an easy-to-understand manner. When I made an inquiry, I got a good response immediately from Ms. Iwasaki. I am glad I actually chose Kaisha Setsuritsu Express. I always had polite explanation, the procedures of company establishment and business manager visa has proceeded smoothly. Thank you very much, Ms. Iwasaki. 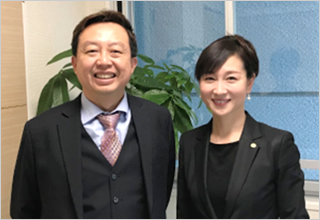 I have a law firm and a consulting firm in Singapore.

I wanted to expand my business in Japan and was looking for an office that can handle the legal procedures in English.

I learned of Ms. Iwasaki’s office, which had a lot of experiences in establishing foreign companies.

Since she has lived in Singapore before, I requested her with confidence to establish my firms in Japan. 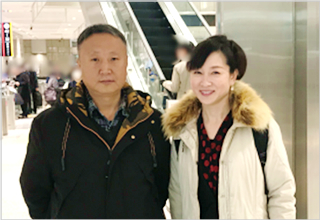 （At the office entrance of Tokyo Metropolitan Government）

I am a craftsman who has been making wigs for many years, and I mainly sell them online in China.

At one point, I got 5 stars on Taobao (a major online shopping site in China), but the market was already saturated in China and I was involved in a low-price competition.

I started to have an eye on Japanese market where the price of wigs is high and online shopping is active.

I was looking for a legal office to help me set up a company and support me to obtain business manager visa.

I found Ms. Iwasaki’s office on website and interested in the program for foreign entrepreneurs, so called Tokyo StartUp Visa.

I also consulted with other law firms, but I chose Ms. Iwasaki because she seemed to be reliable.

I was surprised to get my visa so quickly. 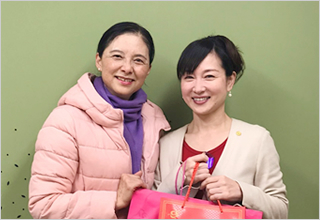 We are an advisor for medical device manufacturers and environmental companies in China, and we are engaged in the business of exporting and selling high-quality Japan made devices to China.

I wanted to start a business in Japan, so I visited various offices for consultation.

I was wondering what to do when all the offices said that it would be difficult for me to obtain a business manager visa.

When I visited her office, she explained in detail about the program for foreign entrepreneurs supported by Tokyo Metropolitan Government.

I thought I can believe in this person and asked.

I was surprised that the permission was received much earlier than expected.

I will work hard and do our best in Japan with my sister. 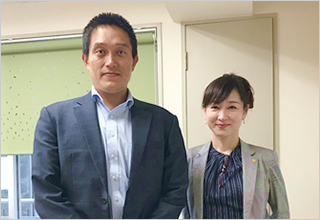 I was looking for an office to support the company establishment procedure because it was hard to do business without a corporate form in Japan.

If we were not a company, it was difficult to participate in creator events and sell character goods in Japan.

I sent an inquiry e-mails to 5 to 6 legal offices, Ms. Iwasaki’s office gave the quickest reply, so I decided to request it.

We established the company in mid-July and were able to open a corporate account at the end of August.

I am very satisfied with the smooth progress. 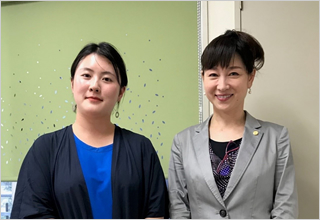 I love traveling since I was a kid, and in China I worked as a translator and interpreter while planning and making travel plans for individuals.

Ms. Iwasaki’s website describes in detail about how to start a business in Tokyo smoothly, so I decided to contact her office.

Ms. Iwasaki gave me a lot of advice.

We drafted the business plan together, and the content of my business that was initially vague eventually became clear.

I have heard that getting a business manager visa is exceedingly difficult, but I am glad I got a permission of entry in a matter of seconds using the program called StartUp Visa by Tokyo metropolitan government. 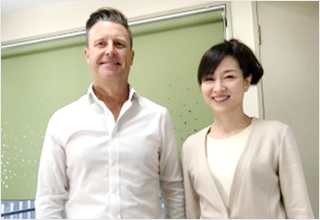 I consulted with a several offices that provide support for establishing a subsidiary in Japan.

I decided with conviction that “Here, we can definitely establish our Japanese subsidiary and open a corporate account.

We can handle everything with peace of mind.”

It was an important factor that both English and Japanese were available in her office.

Besides, after learning the history of Ms. Iwasaki’s career in the profile column on website, I was impressed by her effort and strong will, and it became even more decisive.

〈After asking〉
Although it was a difficult time to set up a company as it was the year-end and New Year holidays in Japan, I was able to do all the document preparations and procedures without delay.

I have always felt at ease.

Thank you very much for establishing our Japanese subsidiary and opening a corporate account.

I also asked her office to do the follow-up service. 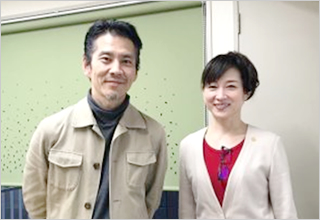 Our main business is to sell wearable devices to promote health.

I wanted to establish a Japanese subsidiary in order to enter the Japanese market, but I was in trouble because I did not understand the legal procedure in Japan.

Since I myself live in Fukuoka prefecture and found it difficult to carry out the procedure in Tokyo, I decided to ask Ms. Iwasaki’s office, who has a proven track record in establishing a foreign company.

In Russia, regulations were strict and there were procedures which could not be pursued smoothly, but I am grateful now that our company’s subsidiary is established in Japan safely. 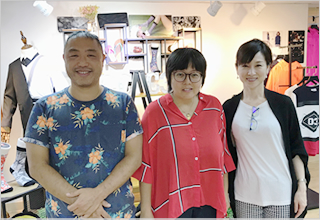 We have a popular socks brand 〈Fool’s day〉 in Hong Kong.

I have always wanted to sell products in Japan.

I was looking for an office that would support us to establish a Japanese subsidiary in English or Chinese.

I found Mr. Iwasaki’s office on the Internet.

Since there were few English-speaking legal offices in Japan, I was grateful to establish our subsidiary smoothly in Japan where I was clueless.

In June 2018, we opened an event shop for the first time in Kirarina Kichijoji.

Since I felt the good response in the market, I would like to open a store in Japan and sell our products in the future. 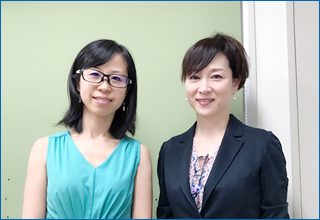 In order to a request from the Hong Kong headquarters , I was looking for an agent which could support to set up a branch office in Japan.

When I was looking for an agent which can support in English, then I found Ms. Iwasaki’s office on the Internet.

I contacted Ms.Iwasaki’s office, because she was a specialist of establishing a foreign company .

Ms. Iwasaki was always quick to respond, and the establishment of the Japanese branch office was completed in two weeks! 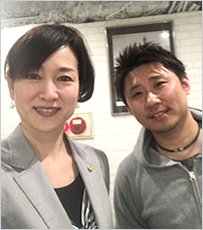 I first contacted a different office run by Chinese, but I could not get enough information about legal procedure, and I was troubled by their high price.

I found Ms. Iwasaki’s office on the Internet and got a quick response when I made an inquiry.

I was relieved that there was a Chinese speaking stuff in charge who could apply for a visa in one stop, so I decided to request it.

There are many things I did not know about establishing a company in Japan.

Thanks to the translator in her office, I could communicate smoothly without any language barrier.

While the work is in progress, Ms. Iwasaki always answered the phone.

It was helpful I could contact her on Saturdays and Sundays as I had a job on weekdays.

Both Japanese law and visa application were difficult, but she gave me an easy-to-understand explanation.

I would like to ask her for more things in the future. 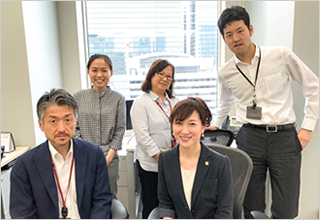 At the time we were expanding into Japan, we had no specialized knowledge and were at a loss as to how to prepare for establishment and set up the office for managing general affairs, human resources, and accounting.

We initially considered working with another specialist, one with connections to our parent company, since we wanted to check the fine details as we went along. But this specialist was slow at answering our questions and got us worried. Ms. Iwasaki was always quick to respond, and her passion for her work came through in her responses. This convinced us it was her services that we wanted.

We couldn’t be happier about our decision. As it turned out, our hands were full preparing for establishment, and we never get around to general affairs, human resources, or accounting.

On a side note, we like Ms. Iwasaki and her signature backpack. She reminds us of that statue of Ninomiya Kinjiro—always engrossed in a book with a bundle of firewood on his back.

I did quite a bit of research before expanding into Japan, only to find that information provided by government agencies was scattered all over and didn’t help me see the big picture. I understood how to set up business, but also wanted a full grasp of what comes afterward, like visa applications and taxes.

This was when an acquaintance got me in touch with Ms. Iwasaki. She could understand correspondence written in English and came across as reliable.

I asked for help establishing this branch office. Ms. Iwasaki’s explanations were an eye-opener. She covered the fine details that were unclear from government guidelines, and offered wonderfully meticulous services that could only have come from a woman. 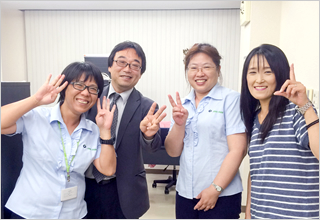 Expanding into Japan was a source of anxiety, since I wasn’t at all familiar with Japanese law or procedures.

The owner of a Japanese business targeting foreign markets got me in touch with Ms. Iwasaki.

She brought an interpreter to the initial consultation and offered an explanation in great detail. This helped immensely, since I didn’t have a perfect understanding of Japanese.

After I enlisted her services, Ms. Iwasaki was kind and quick to complete the procedures for establishment.

I had countless questions about setting up business in Japan, and am grateful that Ms. Iwasaki always gave lucid explanations, without using any technical terms. I also asked her to apply for visas for my workers, and was happy that she obtained them more quickly than I expected.

If you wish consultation via email, please send your information using the form below. Note that we open and read incoming messages around the clock, but may require some time to reply. For urgent inquiries, kindly contact us by phone.

There is a possibility that inquiries from overseas can not be received by this website. If so, please contact this email address. 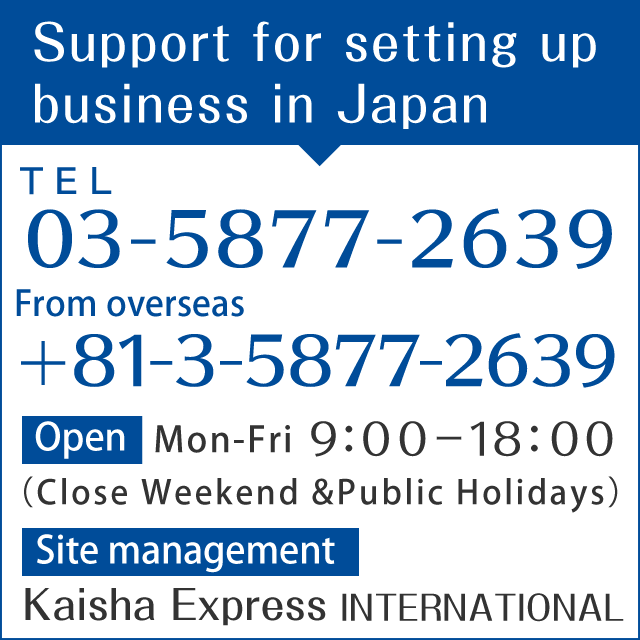